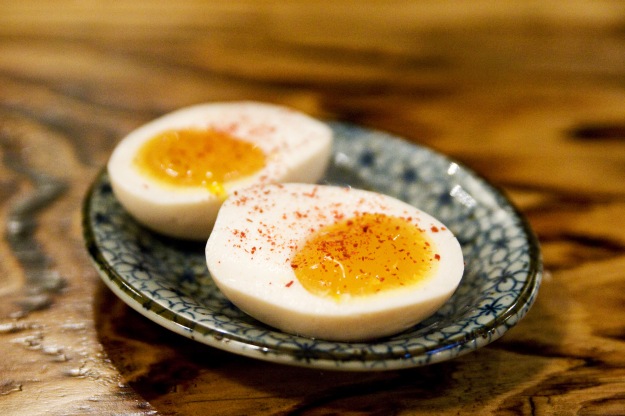 Japan loves eggs and has developed unique ways of eating them. Eggs are so pervasive in most people fridge that we pay them little notice. They have become part of the background, an almost boring necessity. In the digital age, there is no limit to what people might come up with like scrambling eggs in their shell . in Japan, due to Buddhist beliefs that proscribed the killing of animals, both meat and eggs became a staple relatively late in Japan. This singular historic and cultural context has informed the way eggs are prepared in Japan. The place that eggs occupy in Japanese cuisine is quite different than in Western cooking. Rather than being a binder that add richness to a confection, it is most often used as a main ingredient.  Japanese breeds of hen and a diet rich in carotene also result in a very different egg with a thick shell and an intense orange yolk.