In Japan, homemade miso soup has the most umami (photo by fto mizno)

The first time I heard about umami, I had started working in a run down sushi shop on top of Nob Hill in San Francisco. I learned how to steam Japanese rice and season it with the appropriate balance of sweetness and sourness. I cleaned and gutted small fish as I was not to be trusted yet to cut the more expensive fish. The head chef also took the time to explain how to make the staple miso soup. The most important part of the process was to dissolve the light brown miso paste in dashi Japanese fish stock. When I inquired to why I needed to add this mild tasting fish broth to the soup, the chef gave me one word: umami. Instead of trying to describe the elusive taste, he poured some of the soup he had just made in one cup. Then, he mixed a bit of miso paste with some hot water. I tried the soup with no broth first and then tried the umami rich miso diluted in broth. They both tasted exactly the same to me. Six years later, I sat at a sushi bar in Montreal on a cold winter night, a perfect night for a miso soup. However, the soup I was served was off. It had no umami. Over the course of a few years, I had discovered a new taste anchored in Japanese culture.

END_OF_DOCUMENT_TOKEN_TO_BE_REPLACED 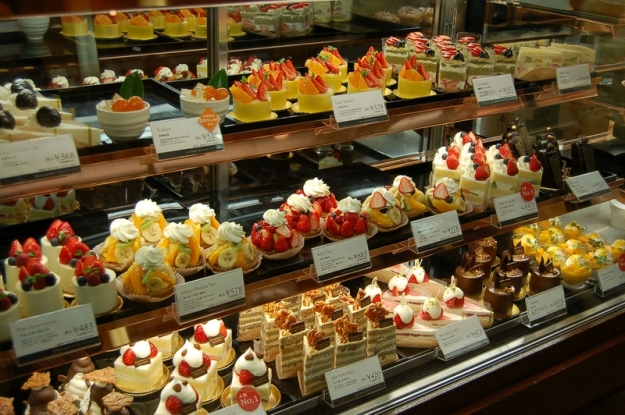 During its two hundred years of isolation, Japan pursued a policy that attempted to prevent foreign political and cultural ideas to penetrate the country. The goal was foremost to thwart the growing influence of the Catholic church by effectively cutting Japan off from the rest of the world. The law stated that Japanese leaving the country as well as foreigners entering Japan would be punished by death. This uncompromising edict did not stop the outside world from seeping into Japanese culture. As an island nation, Japan might at first glance appear to be a reclusive country with a culture very different from its immediate neighbor. However, the transmission of new cultural elements such as cuisine rarely respects national boundaries. In turn, these new crops or dishes were adapted to a new ecological and cultural environment. In the case of Japan, these transformations might not appear evident, as they became over time an integral part of the culinary culture. If we take a closer look at Japan’s cuisine, we will quickly realize that although these outside forces are far from obvious, they still manage to permeate the country’s culinary culture.

END_OF_DOCUMENT_TOKEN_TO_BE_REPLACED

Sashimi and oden 🍢 fish cake hot pot on a chilly LA night #washoku
Not sure how long these cheeses 🧀 will last at 40 C #canicule #frenchcheese
Oyster and a glass of white wine for breakfast #sundaymarket #raw #oysterlover
Tapas and rosé on the banks of the Garonne #tapas #roséallday #bordeaux
Buddae-jjigae or army base stew originated as a way to use US army surplus food in Korea #creativity #koreanfood
Persian joojeh kebab with saffron and turmeric for the last bbq of the summer? #latergram #persiancuisine #kebab
Memories of katsuo no tataki at Hirome market #tataki #kochi_jp #latergram
Katsuo no tataki seared bonito the most emblematic dish of Kochi #kochi_jp #latergram
Hirame on ice. Thanks Yochan 🙏 #kochi_jp #japanesefood #latergram
My Tweets